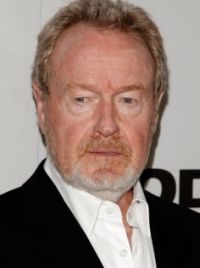 When moviegoers see the credit 'A Ridley Scott Film' they know they are in for something special. No matter what, the film will be visually spectacular, transporting them to a palpable, richly detailed setting, whether it be Napoleonic France ('The Duellists' 1977), outer space ('Alien' 1979) or ancient Rome ('Gladiator' 2000). A former art director, Scott clearly has an affinity for the 'look' of his films, and he often collaborates with top cinematographers, costume designers and production designers to achieve his vision. Some critics have carped that this attention to the visual often comes at the expense of well-rounded characters or coherent stories but others have countered that the distinctive styles work to advance the storytelling and enhance the themes of Scott's films.

Born and raised in Northumberland, England, Scott showed an affinity for graphic design and painting and enrolled at the West Hartlepool College of Art. While attending the Royal Academy of Art, he branched out into filmmaking with the short 'Boy on a Bicycle' which featured his younger brother Tony and their father. After completing his schooling, Scott secured a position at BBC Television as a set decorator and moved up the ranks to become a production designer. In 1966, he segued to directing, helming episodes of the popular docudrama 'Z Cars' before branching out into commercial production. In a roughly ten year period, Scott helmed more than 2,000 advertisements marking him as one of the most prolific commercial makers. Having tackled those challenges, it was only natural that he would set his sights on the big screen.

Five years in the making, from conception to financing to production, 'The Duellists' marked his initial foray into feature films. Several reviewers complained that the piece was little more than carefully composed tableaux that rarely illuminated the human aspects of its central characters. One might argue the same about Stanley Kubrick's contemporaneous 'Barry Lyndon' (1975) which like 'The Duellists' was a triumph of style over substance. Both were visually appealing with museum quality period recreations and a somewhat inert dramatic arc. While critics embraced Kubrick's work (because it was Kubrick), they were more dismissive of Scott who had yet to become established.

Applying the same sense of detail to the equally futuristic world of Los Angeles in 2019 in 'Blade Runner' (1982), Scott delineated a bleak version of an over-populated, media-saturated metropolis. Based on a sci-fi tome by Philip K Dick, the film focused on a bounty hunter (Harrison Ford) tracking a gang of outlaw androids searching for their maker. In its initial release, 'Blade Runner' was praised for its visual style but Ford's wooden, clichéd voice-over and tacked on happy ending disappointed many. Over time, though, Scott has tinkered with the film, re-editing and integrating previously unused footage. By the time of the 1993 release of the 'director's cut', 'Blade Runner' had developed a cult following and has earned the reputation as a minor classic in the genre, although it remains problematic structurally (a fault of the screenplay by Hampton Fancher and David Webb Peoples).

With 'Legend' (1985), Scott stumbled badly. Essentially a fairy tale, the movie was overshadowed by its striking production design and undermined by a dark, almost bleak tone. Instead of coming away from the film cheering for its romantic leads Tom Cruise and Mia Sara, audiences left recalling Tim Curry's malevolent Prince of Darkness. Switching gears to helm 'Someone to Watch Over Me' (1987), a more straightforward romantic suspense thriller, Scott employed Hitchcockian flourishes in lieu of pyrotechnic special effects, allowing the stellar acting of leads Tom Berenger and Mimi Rogers to carry the piece. Audiences, however, were left unimpressed and stayed away. With 'Black Rain' (1989), he was back in the winner's column, scoring his biggest box-office success since 'Alien'. A police corruption thriller set in NYC and Japan and starring Michael Douglas, 'Black Rain' also suffered from an inconsistent subplot though.

That was a warm-up for his first hit of the 90s, 'Thelma and Louise' (1991), a distaff road picture that earned both critical praise and audience support. Relying on the conventions of the male-buddy film Scott, screenwriter Callie Khouri and stars Susan Sarandon and Geena Davis engendered controversy and angered (mostly male) and delighted (mainly female) viewers by allowing two women to take charge and act out center stage. Hollywood finally embraced Scott by bestowing a Best Director Academy Award nomination. His subsequent outing, however, '1492: The Conquest of Paradise' (1992) may have looked great on paper but the unwieldy international cast failed to breath life into the costume drama.

It took Scott four years to return to the director's chair, this time at the helm of 'White Squall', a based-on-fact tale of a floating prep school. Although it featured an attractive male cast of up and comers (i.e., Ethan Embry, Jeremy Sisto, Ryan Phillippe) supporting veteran Jeff Bridges and several nicely staged set pieces (including a dynamic storm at sea), 'White Squall' proved a disappointment. Similarly, his follow-up 'G.I. Jane' (1997), with Demi Moore as a recruit determined to make the cut as the first female Navy SEAL, confounded. While it was appealing to have a strong central female character, the weak script again defeated the overall effort. Scott finally found the proper mix with 'Gladiator', a throwback to the sword and sandal epics of the late 50s and early 60s. Again transporting audiences to a meticulous recreation of a foreign world, Scott and company enjoyed widespread critical kudos and a healthy box office.

He segued to 'Hannibal' (2001), the long-awaited sequel to 1991's 'The Silence of the Lambs'. While much had been made over Thomas Harris' original story, significant changes were reportedly made in the script to make the film more palatable to audiences. Oscar-winner Anthony Hopkins was on board re-creating Hannibal Lecter, but Julianne Moore stepped in to replace Jodie Foster as FBI agent Clarice Starling. As with any Scott-directed film, 'Hannibal' was a triumph of the visual.

Scott then tackled another potentially controversial topic in 'Black Hawk Down' (2001), which examined the events of a US humanitarian mission in Somalia that went horribly wrong, resulting in the deaths of several US soldiers and hundred of Somalis. Scott once again employed his trademark ability to place the audience in the midst of the action and while the character development in the story was somewhat lacking, there was no denying his achievement. Indeed, both the DGA and the Motion Picture Academy included him on the shortlist as one of the five nominees for Best Director of 2001. Scott next tackled a more scaled-down, human-level story when he took the helm of 'Matchstick Men' (2003), directing Nicolas Cage as a quirk-addled conman who unties with the teen daughter he never knew. Scott directed another epic historical drama—“Kingdom of Heaven” (2005), his evenhanded take on the tentative truce between Muslims and Christians in 12th century Jerusalem that gets shattered by an invading army led by Saladin (Ghasson Maasoud).

In addition to his directorial and producing efforts, Scott is also the Co-Chairman of Mill Film, one of the largest digital production and post-production houses in London. Founded in 1987, it boasts involvement in the visual effects of such features as 'Shakespeare in Love', 'Babe: Pig in the City', 'Pitch Black', 'Cats & Dogs', 'Harry Potter and the Sorcerer's Stone', 'Lara Croft: Tomb Raider' and dozens more. Mill Film was recognized with an Academy Award for their visual effects on Scott's 'Gladiator'. He is also Co-Chairman of Pinewood-Shepperton Holdings, Ltd., a London facility where 'Alien' was filmed and that provides 42 stages, backlots and locations plus award-winning post-production and support services. The Scott brothers (as part of a consortium) purchased Shepperton Studios in 1995, which merged with Pinewood Studios in 2001.

In recognition of his contribution to the arts, Scott was awarded knighthood in January 2003.