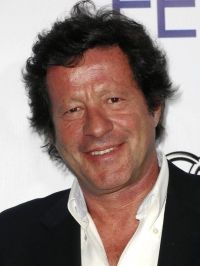 Joaquim de Almeida is one of the most appraised Portuguese actors, well known in the world of the international cinema. He traveled the world working in Europe, Argentina, Mexico, United States and in Brazil in many movies and stage productions.

Won best actor award in the Cairo film festival for his performance in Retrato de Família (1992) ('Family Portrait'). Became known to the world with performance in movies such as, Good Morning, Babylon (1987), The Honorary Consul (1983) (aka 'Beyond the Limit') and The Soldier (1982). He also worked in several New York City Shakespeare productions, such as, 'Blood Wedding', 'What Would Jeanne Moreau Do', in the 'WPA Theatre' and 'The Count of Mount Cristo'.

In 1998 he won the Portuguese Golden Globe for the movie Tentação (1997). However Joaquim does not place the money above a good script, 'In the past year, I had a proposal to make a film with Sylvester Stallone and gave up when I had the contract practically signed'.