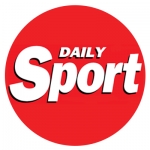 UFC Star Alistair Overeem’s Lip TORN OPEN by Brutal Punch.
This is the brutal moment Alistair Overeem’s lip was torn apart by a brutal punch during a UFC bout against Jairzinho Rozenstruik. Overeem was seconds away from winning the fight in Washington DC, as he was ahead on the judge’s scorecards, when he was hit with a huge right hand by the undefeated Rozenstruik. The footage clearly showed part of Overeem’s lip being separated from the rest as he fell to the ground.