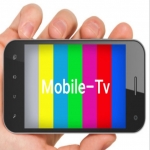 About TMZ:
TMZ has consistently been credited for breaking the biggest stories dominating the entertainment news landscape and changed the way the public gets their news. Regularly referenced by the media, TMZ is one of the most cited entertainment news sources in the world.