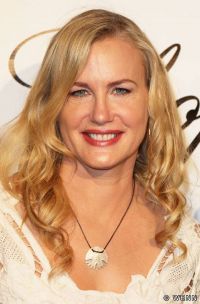 The step-niece of distinguished cinematographer Haskell Wexler, this attractive blonde came to the fore with her enjoyable performance as a mermaid in Ron Howard's comedy hit, 'Splash' (1984). Hannah's striking features have been the cornerstone of her career--she was perfectly cast in a supporting role as a beautiful android in Ridley Scott's 'Blade Runner' (1982)--though she has latterly proved herself capable of less glamorous roles, as in 'Steel Magnolias' (1989) and 'At Play in the Fields of the Lord' (1991). 'The Clan of the Cave Bear' (1986), however, was one such experiment which failed all around. Many of Hannah's more recent films, though, while trying to capitalize on her penchant for whimsy, have offered her little but standard leading lady duties ('Crazy People' 1990, 'Memoirs of an Invisible Man' 1992).

Hannah branched out in 1994 when she directed, produced, and wrote a 12-minute short, entitled 'The Last Supper,' which won the Jury Award from the Berlin International Film Festival for Best Short. She also continued with her acting career, starring in the drama 'The Ties That Bind' with Keith Carradine in 1995 and the comedy 'Too Much' with Melanie Griffith and Antonio Banderas in 1996. Throughout the entire first half of the 1990's, Hannah was mostly in the spotlight for being John F. Kennedy's longtime girlfriend (they dated from 1989 to 1994). She emerged from his shadow as a classic sort of actress but was still largely associated with her her 'Splash' role.

Hannah took a variety of low-profile roles for the rest of the decade and appeared on stage in 2000 in the London production of 'The Seven Year Itch.' She received mixed reviews but continued to work steadily in film for the next several years. Hannah remained an enigmatic actress, at times showing comic genius and serious dramatic ability while still managing to get stuck in dead-end roles, such as playing Mandy Moore's mother in the teen weeper film 'A Walk to Remember' (2002). As she aged, Hannah displayed an increasing comfort zone with her still-perfect body, baring much of it as a troubled exotic dancer Angel in 'Dancing at the Blue Iguana' (2002), a film with gritty and serious overtones that still never quite shines beyond its high nudity factor (the actress reportedly also performed live in various Los Angeles-area stip clubs in preparation for the role). Nevertheless, she delivered a strong turn in the Polish brother's entrancing 'Northfork' (2003) as the regal, empathetic hermaphrodite Flower Hercules, one of four apparent angels who visit the dreams of the son of a religious zealot who stayes behind in a '50s era Montana town about to be obliterated by a new dam; she was also compelling in writer-director John Sayles' 'Casa de Los Babys' (2003) as the athletic, ever-running masseuse Skipper, one of several American woman living temporarily in Mexico while waiting to adopt babies, who is haunted by her three miscarriages.

Following a highly touted nude spread in Playboy magazine at age 43, Hannah appeared in her most high profile role in ages, playing the iconic one-eyed assassin Elle Driver, one of the many killers The Bride (Uma Thurman) hopes to delvier evngeance upon in writer-director Quentin Tarantino's explotation film tribute 'Kill Bill, Vol. 1' (2003).