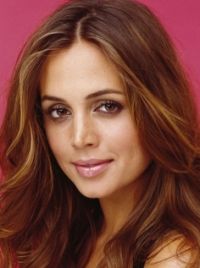 Eliza Dushku was discovered at the end of a five-month search throughout the United States for the perfect girl to play the lead role of Alice opposite Juliette Lewis in the film That Night (1992). Since then, she has been in several films and has worked with actors such as Robert De Niro, Ellen Barkin, Leonardo DiCaprio, Paul Reiser, and James Belushi. Born in Boston on December 30, 1980, she has studied the piano, drums, and several types of dance (jazz, tap, and ballet). Her previous acting experience includes numerous amateur presentations at the Watertown Children's Theater where she was part of the company since she was in the first grade. In addition to acting, she is sometimes seen on stage at the Children's Theater signing for the deaf.