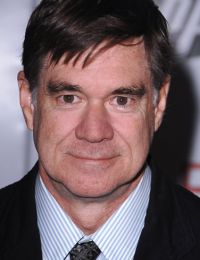 Is a member of a band, Destroy All Blondes.

Once worked as an assistant to Roger Corman.

Director of Hanson's music video "Weird" and asked Hanson to produce a song for his next movie.

In 1992 received the American Civil Liberties Union(ACLU) of Oregon's Freedom of Expression Award, which recognizes courage or creative vision in upholding free expression, particularly in the arts, for his films that have, " let us see inside the lives of individuals we don't often get a glimpse at."

In addition to being a successful film director, Van Sant is also a published author (his first novel, "Pink", was published in 1997), a musician (two solo albums "Gus Van Sant" and "18 Songs About Golf" were released on the PopTones label in late 1997, plus his musical/spoken word collaboration with William S. Burroughs, "The Elvis Of Letters" was released in 1985 as the first album put out on the Tim Kerr record label), and a photographer (a large book of his photographs titled "108 Portraits" was published in 1992 and is now something of a collectors item.)

Van Sant had planned to make a film about artist Andy Warhol with River Phoenix starring as the young Warhol, but plans were scrapped after Phoenix's death.

Has directed 3 of the 5 Phoenix siblings in his movies. River Phoenix in My Own Private Idaho (1991), Rain Phoenix in Even Cowgirls Get the Blues (1993) and Joaquin Phoenix in To Die For (1995).

Interviewed in "Directors Close Up: Interviews with Directors Nominated for Best Film by the Directors Guild of America", ed. by Jeremy Kagan, Scarecrow Press, 2006.

Elephant (2003), the very first film he directed that was accepted into Cannes, won the festival's two most prestigious awards: the Palme d'or and best director.

Was member of the dramatic jury at the Sundance Film Festival in 1991.

He has taught two classes at the Northwest Film Center in Portland, OR.