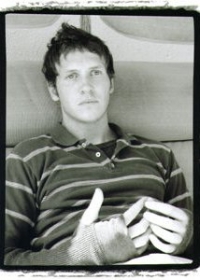 Actor Kyle Davis was born in Downey, California. He lived there until he moved at the age of 14, with his parents to Arizona. Kyle attended Sedona Red Rock High School and later he went on to study photography at Yavapi Community College. After his brief stay at Yavapi Community College, Kyle intended to enlist in the military, but months before departing, he was involved in a fight that left him blind in his left eye.

In 1998 Kyle moved back to Southern California to pursue his dream at becoming a professional Skateboarder. A short while after moving he tore his ACL. Kyle's cousin pushed him to consider acting after the injury.