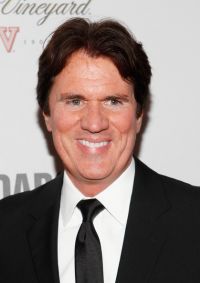 Graduated from Carnegie Mellon University in 1982

Ranked #93 in Premiere's 2003 annual Power 100 List. It is his first appearance on the list and he becomes one of very few to appear on it after their first film.

Has been nominated for Broadway's Tony Award six times: as Best Choreographer, in 1993, along with collaborator Vincent Paterson, for "Kiss of the Spider Woman--The Musical;" in 1994, for "Damn Yankees!" and also for "She Loves Me;" in 1998 for "Cabaret;" and in 1999 for "Little Me;" and as Best Director (Musical), with collaborator Sam Mendes, for "Cabaret." He has yet to win.

He was nominated for a 1998 Laurence Olivier Theatre Award for Best Theatre Choreographer of the 1997 season for "Damn Yankees!".

Directed both Renée Zellweger and Richard Gere in Golden Globe-winning performances for their roles in Chicago (2002).

He grew up in the Squirrel Hill neighborhood of Pittsburgh, Pennsylvania. His father, Robert D. Marshall, was a professor and, later, a dean at the University of Pittsburgh. Marshall graduated from Taylor Allderdice High School and the Carnegie Mellon School of Drama. He is the brother of a twin sister, Maura, an interior decorator, and a younger sister, choreographer Kathleen Marshall.