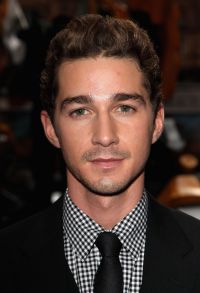 Shia Saide LaBeouf was born June 11, 1986, in Los Angeles, California, to Jeffrey LaBeouf and Shayna Saide, and is an only child. His parents are divorced, and he lives with his mother in Los Angeles. He started his career by doing stand-up comedy around places in his neighborhood, such as coffee clubs. One day, he saw a friend of his acting on "Dr. Quinn, Medicine Woman" (1993), and wanted to become an actor. Shia and his mother talked it over, and the next day, he started looking for an agent. He searched in the yellow pages, called one up, and did a stand-up routine in front of him. They liked him and signed him, and then he started auditioning. He is well known for playing Louis Stevens in the popular Disney Channel series "Even Stevens" (1999) and has won a Daytime Emmy for his performance. His best known role is as Sam Witwicky, the main protagonist of the science fiction blockbuster Transformers (2007) and its sequels.