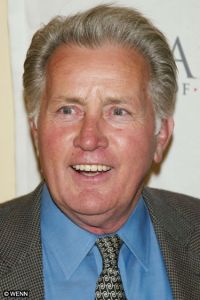 Multiple Emmy and Golden Globe Award winner Martin Sheen is one of America's most celebrated, colorful, and accomplished actors.

Moving flawlessly between artistic mediums, Sheen's acting range is breathtaking. On the big screen, the Ohio native has appeared in more than 65 feature films including a star turn as Army Captain Benjamin L. Willard in Francis Ford Coppola's landmark film Apocalypse Now (1979), which brought Sheen worldwide recognition. The film also starred Marlon Brando, Dennis Hopper and Robert Duvall. Other notable credits include Wall Street (1987) (with son Charlie Sheen and Michael Douglas), Academy Award-winning film Gandhi (1982) (with Sir Ben Kingsley), Catch Me If You Can (2002) (with Leonardo DiCaprio and Tom Hanks), The American President (1995) (with Michael Douglas and Annette Bening) and a Golden Globe nominated breakthrough performance as Timmy Cleary in The Subject Was Roses (1968), a role he originated on Broadway and for which he received a Tony Award nomination as Best Featured Actor.

For television audiences, Sheen is best recognized for his six-time Emmy nominated performance as President Josiah Bartlet in "The West Wing" (1999). Sheen won six of his eight Golden Globe nominations as well as an ALMA Award; and two individual SAG Awards; for the White House series. He won the Golden Globe Award for Best Performance by an Actor TV Series Drama in 2001.

Of his ten Primetime Emmy nominations, Sheen won for Outstanding Guest Actor in a Comedy Series on the long-running sitcom "Murphy Brown" (1988) (starring Candice Bergen) in 1994. In addition, he has garnered a Daytime Emmy Award for directing and another for performance.

In 2006, Sheen was again nominated for an Emmy for Outstanding Guest Actor in a Comedy Series; this time for the CBS hit comedy "Two and a Half Men" (2003) starring his son Charlie Sheen.

In addition to series television, Sheen has appeared in several important made-for-television movies and mini-series including playing President John F. Kennedy in the television mini-series "Kennedy" (1983) for which he received a Golden Globe nomination.