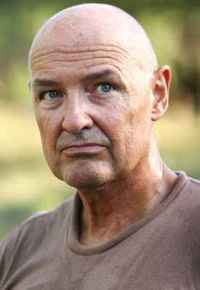 He was raised in Michigan.

He elongated his last name to "O'Quinn" from his real name of "Quinn" to distinguish himself from another person named Terry Quinn already acting in films.

He has been balding since his early 20s and has appeared with a partially or entirely shaved head in most of his films.

Has been experienced in percussion since high school.

Not many know that he is a talented guitarist and singer. He is a particularly big Neil Young fan and can apparently do a dead-on impression of him.

Although always friendly onset, he keeps private and mysterious habits apart from his younger "Lost" (2004) co-stars, who often get together for wild parties when not shooting. He keeps this enigmatic aura so they will regard him similarly to the way they regard his mysterious character Locke.

He is one of the few cast members of "Lost" (2004) who did not have to audition, because his former collaborator (from "Alias" (2001)) J.J. Abrams thought of O'Quinn for the part of Locke before the actor was even offered it.

Graduated from the University of Iowa in Iowa City, Iowa.

He graduated from Central Michigan University.

Has appeared in episodes of two different television series with the same name. Both "Millennium" (1996/I) and "Lost" (2004) have had episodes featuring O'Quinn called "Walkabout".

In an episode of "Lost" (2004), his character Locke's parents were played by Kevin Tighe and Swoosie Kurtz, who are both only eight years O'Quinn's senior.

Has an Irish Terrier named 'Reggie'

Was the chief architect for the infamous "Locke" baseball field designed mostly in part for the Three Village Little League.

Actually learned how to properly throw and handle knives for his role on "Lost" (2004).

His brother Thomas Anthony Quinn is also an actor, who acts and teaches theatre in central Illinois.

He is one of eleven children.