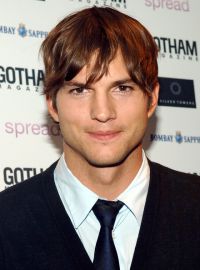 Dropped out from University of Iowa to pursue modeling. His major was biochemical engineering.

Has a fraternal twin brother, Michael, & an older sister, Tausha

He auditioned for a role at NBC and knew he didn't land it. As he was leaving, an executive asked him to read for a new NBC pilot called "Wind on Water" (1998). "I went and did a cold reading of the character and found out I had gotten the job but told them I had to read the script first and after reading it, decided I did not want to be a cowboy surfer. My agent had told me about a series called "Teenage Wasteland" (later renamed "That '70s Show" (1998)) and I went in to read and told them I had to know if I had gotten the role by 3:45 that afternoon. I was supposed to tell NBC if I wanted the role on "Wind on Water" (1998) by 4:00 p.m. Luckily, I got the role on this show". "Wind on Water" (1998) was canceled after two episodes.

Was once so poor, he donated his blood for money while attending the University of Iowa.

Lost out to Josh Hartnett for a role in Pearl Harbor (2001).

His twin brother Michael was born with a septal heart defect.

Member of the Delta Chi Fraternity, along with Kevin Costner, Sascha Turnheim and Alan Heitz.

Has two toes on his left foot that are fused together, meaning they are webbed

Is ranked #35 on Premiere Magazine's 50 Most Disturbing Moments in Movie History. Kutcher's face is just placed there, instead of an explanation as to why.

Lost the lead role of Drew Baylor in Elizabethtown (2005) to Orlando Bloom when Cameron Crowe decided he wanted an actor that had a solid résumé consisting of Theatre and Drama school training.

Along with Topher Grace, he chose not to renew his contract to do an 8th season of "That '70s Show" (1998), wishing to pursue other projects.

Created the MTV show "Punk'd" (2003) with his friend Jason Goldberg.

Of mostly Irish American descent. He also has some Native American and Bohemian (the source of his surname) ancestry

His wedding with actress Demi Moore was attended by about 100 guests, among them were Moore's ex-husband Bruce Willis, their three children, and Lucy Liu.

Marriage to Demi Moore is his first, her third.

While as a guest on "The View" (1997), he explained he quit smoking cigarettes for his role in The Guardian (2006/I) by reading the book, "The Easy Way to Stop Smoking" by Allen Carr.

Was considered for the role of Batman in Batman Begins (2005), but the role eventually went to Christian Bale.

Is a member of the Delta Chi Fraternity.

Attended the University of Iowa, as did Gene Wilder, Ben Rollins, and Mary Beth Hurt.

Wrestled in high school. In his senior year he injured himself and had to quit.

Is close friends with "Smallville" (2001) star Tom Welling whom he met when they were both modeling.

His three stepdaughters call him MOD ("My Other Dad").

In February 2010 he joined the State Department and top executives from eBay and Twitter on a biz trip to Moscow and Siberia trying to help Russia start up their own Silicon Valley. (Time magazine).

In 2010, Kutcher was named one of Time Magazine's Top 100 Most Influential People.

In 2010, Kutcher and his wife, Demi Moore, created "The Demi and Ashton Foundation" (DNA) to eliminate child sex slavery worldwide.

In Feb 2010, Kutcher traveled to Russia as part of President Obama's first U.S.-Russia Innovation Delegation. The purpose was to generate ideas in support of the U.S.-Russia Bilateral Presidential Commission and address anti-trafficking and child protection issues..

Katalyst was named one of the year's Top 50 Most Inspiring Innovators by Ad Age and one of Fast Company Magazine's Top 10 Most Innovative Companies, 2010.

Merited a place in Time magazine's - The 100 Most Influential People in the World ("Artists" category) - with a tribute provided by Sean Combs. [May 10, 2010]

Was Riley Smith's roommate in 1997 in New York City at the IMTA convention after knowing each other in Cedar Rapids, Iowa, their hometown. Josh Duhamel also attended that year.

Kutcher's debut as Charlie Sheen 's replacement in CBS's Two and a Half Men (2003) (TV) was seen by 28.7 million people on 9/19/11. The Nielsen Co. reported that was more than any other episode in the show's first 8 seasons, when Sheen was the star. On the very same night, Charlie Sheen was roasted on a Comedy Central special.

Is a huge fan of the Chicago Bears, and can be seen wearing various items of Bears clothing in his films.