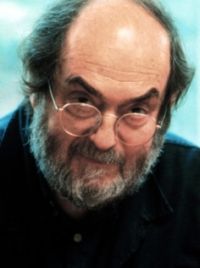 One of the most consistently fascinating filmmakers of the last four decades, Stanley Kubrick saw his work praised and damned with equal vigor. Just as his singularly brilliant visual style won him great acclaim, his unconventional sense of narrative often elicited critical scorn. Above all, he remained an unique artist in a medium dominated by repetition and imitation. If his ambitious vision had at times exceeded his capacity to satisfy the demands of mainstream filmmaking, this chink in his armor was perhaps a strength in disguise, and only served to highlight the distinctiveness of Kubrick's cinema.

After some success as a photographer for Look magazine in the late 1940s, the young Kubrick produced and sold several documentaries before attempting a pair of self-financed low-budget features--'Fear and Desire' (1953) and 'Killer's Kiss' (1955), which, in scenes like the warehouse finale of the latter, already gave hints of the disturbing images to come. Working with producer James B Harris, Kubrick was able to graduate to professional cast and crew with his next effort, 'The Killing' (1956), a well-paced, assured, cynical drama about a race track heist. At a time when independent filmmakers were still relatively rare, critics justly began to take notice.

'Paths of Glory' (1957) marked Kubrick's emergence as a major director. This WWI saga is a sharp, intelligent, superbly acted indictment of military practice and psychology as well as a powerful piece of filmmaking that synthesized the lessons the director had learned about composition and camera movement. Although his next effort plays today as a more personal effort on producer-star Kirk Douglas's part than it does on Kubrick's, the director showed that he could function within mainstream Hollywood with 'Spartacus' (1960), his first--and only--work-for-hire. Critics praised the visual aspects of this widescreen, Technicolor epic a notch above the standard super-spectacle of the 1950s. As he had in 'Paths of Glory', Kubrick depicted the 'weird disparity' between the aesthetics of warfare and its human consequences.

Kubrick left for England in 1961, searching for greater independence and greater control of his films. He has worked there ever since, developing and producing meticulously crafted yet markedly different films. 'Lolita' (1962) was an adaptation of Vladimir Nabokov's controversial novel about a middle-aged man's infatuation with a 12-year-old girl. Though Kubrick has since complained that over-zealous censors kept him from exploring the story in appropriately lubricious detail (two years were even added to Lolita's age), the film stands today as a superb example of understated, double entendre comedy.

The ironic touch displayed in 'Lolita' exploded to cosmic proportions with 'Dr Strangelove or: How I Learned to Stop Worrying and Love the Bomb' (1964), perhaps the most deliciously satirical comedy of the last three decades. (Ironically, the project began as a serious thriller about the possibility of nuclear Armageddon.) Kubrick's dark laughter at man's penchant for destroying himself reinforced what some reviewers had noted at the time of his overly analytical 'The Killing', that he was a 'cold' director, and the reputation has followed him to this day.

Despite some moral backlash, the successes of 'Lolita' and 'Strangelove' earned Kubrick the freedom to choose his own subjects and, more importantly, to exert total control over the filmmaking process, a rare freedom for any director. The first product of this license was the science-fiction classic (and quintessential late 60s 'head' movie), '2001: A Space Odyssey' (1968). Five years in the making, this film redefined the boundaries of the genre and established visual conventions, filmic metaphors and special effects technology that have remained standards for the industry well into the 90s. As visually hypnotic as it was daring in narrative (little dialogue, no final explanations, a time span of eons), '2001' made Kubrick a cultural hero. Despite initial mixed reviews, it has proven to be as stylistically influential as any film released in the last 30 years.

Further cementing his anti-establishment reputation, Kubrick followed '2001' with another futuristic work, 'A Clockwork Orange' (1971), adapted from the novel by Anthony Burgess. No critic could take an uncommitted stance toward this film about a violent and amoral punk (played by Malcolm McDowell), whose ruthless behavior is reconditioned by the--equally diabolical--state. Kubrick's camera moved with an audacity unrivaled in contemporary cinema, causing fans to gush unequivocally and detractors to decry what David Thomson called 'his reluctance to let a plain or simple shot pass under his name.' Anyway you sliced it, there was no denying who was in charge of a Kubrick film.

'Barry Lyndon' (1975) was a bold attempt to bring modern techniques to bear upon a narrative set in the 18th century. Kubrick spent as much technical effort and expertise recreating the lighting and imagery of Thackeray's novel as he had done inventing a future in his two previous films. Although a commercial failure, 'Barry Lyndon' fits logically into the Kubrick oeuvre, a dour fable of humanity trapped in the same determinism that had colored his previous work. In that respect he is a latter-day Sophocles, whose characters can never escape their inexorable fate.

Kubrick's adaptation of Stephen King's horror novel 'The Shining' (1980), is perhaps his most autobiographical work. He had long ago retreated to his Overlook Hotel (Chilwickbury Manor in Buckinghamshire) just as the writer and his family do in the film. Jack Torrance's isolation is Kubrick's, and by choosing a blocked artist as his main character, he shows his fear at the specter of being unable to create. His typically 'cold' analysis may have robbed the film of the trademark terror horror fans expect, but 'The Shining' is funny, endlessly interesting and pure Kubrick, with Jack the linear descendant of that ape in '2001', brandishing his bone as weapon.

Kubrick's Vietnam movie, his adaptation of Gustav Hasford's 'Full Metal Jacket' (1987), is essentially two movies in one. The first section, Marine basic training on Parris Island that culminates in the suicide of Private Gomer Pyle (Vincent D'Onofrio), is so powerful that it simply overwhelms the second half, where Kubrick's sets and East London locale make a poor substitute for Southeast Asia. Though compelling, well-acted and certainly in keeping with his recurring theme of dehumanization, 'Full Metal Jacket' paled in comparison to the tropical splendor of Francis Ford Coppola's 'Apocalypse Now' (1979), proving that sometimes, in the interest of verisimilitude, a director needs to go farther than a two-hour drive from home.

The time needed for Kubrick to recharge his creative batteries became increasingly long. Five years passed between 'Barry Lyndon' and 'The Shining', then seven before 'Full Metal Jacket', and more than ten years would pass until Kubrick allowed his next film 'Eyes Wide Shut' (1999), starring Tom Cruise and Nicole Kidman, to meet the gaze of the public. True to form, the pedantic filmmaker labored excessively, assigning great importance to each and every image the camera would record, and endlessly reshooting scenes until achieving the exact look he desired. His control over every aspect of his films assured his legacy as a great craftsman, but his isolation and monomaniacal intensity may have obscured his genius. Kubrick once said, 'I think that one of the problems with 20th-century art is its preoccupation with subjectivity and originality at the expense of everything else.' If he had chosen not to reveal much of himself in his films in order to give us the 'everything else', we must accept his enormous gifts while lamenting the high price of obsession.