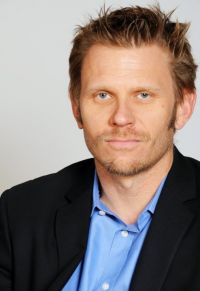 Mark is a teacher at Playhouse West, which was founded by Robert Carnegie and the late Sanford Meisner. Jeff Goldblum is also a teacher there.

Worked briefly as a fundraiser/canvasser for CARAL (CA affiliate of NARAL) in 1991 while auditioning for roles.

In his free time, he actively participates in a variety of sports, including martial arts, kickboxing, professional Thai boxing, Judo, Karate and Ju-Jitsu.

Has a step-daughter named Tess Aziz.

In two of his most famous roles, he has played immortal and extremely powerful characters. In ''Lost'' he played Jacob, the protector of the island and in ''Supernatural'' he played Lucifer, a fallen angel.

He was a serious contender for the role of Castiel in "Supernatural" before Mischa Collins was cast. He later got to play the recurring role of Lucifer a year later.