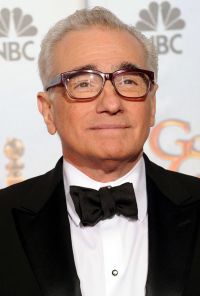 After serious deliberations about entering the priesthood - he entered a seminary in 1956 - Martin Scorsese opted to channel his passions into film. He graduated from NYU as a film major in 1964. Catching the eye of producer Roger Corman with his 1960s student films (including co-editing Woodstock (1970)), Scorsese directed the gritty exploiter Boxcar Bertha (1972). Mean Streets (1973) followed in 1973 and provided the benchmarks for the Scorsese style: New York settings, loners struggling with inner demons, pointed-shoes rock-meets-opera soundtracks and unrelenting cathartic violence. 'Mean Streets' also featured Robert De Niro and Harvey Keitel, two actors who would help shape that style. After Scorsese directed Ellen Burstyn to a Best Actress Oscar in Alice Doesn't Live Here Anymore (1974), the trio was reunited for the dark journey of Travis Bickle in Taxi Driver (1976). The film achieved additional notoriety five years after its release when Bickle's (De Niro) concern for a teenaged hooker played by Jodie Foster inspired John Hinckley's assassination attempt on President Ronald Reagan in 1981. After New York, New York (1977) (which one critic described as a wife-abuse musical) and The Last Waltz (1978), Scorsese released Raging Bull (1980). The biography of middleweight fighter Jake LaMotta earned two Oscars (Actor - DeNiro, Editing - Thelma Schoonmaker) and was later selected as the best film of the decade by U.S. critic gods Gene Siskel and Roger Ebert. Scorsese then explored fans as pariah (The King of Comedy (1982)), dark-comic dreams (After Hours (1985)), and revisited pool shark Eddie Felson from The Hustler (1961) ( The Color of Money (1986) with Paul Newman). Scorsese outraged some religious groups by attempting to portray a human son of God in The Last Temptation of Christ (1988) before returning to more familiar territory with the Mafia in Goodfellas (1990). He followed with two films which were remakes, Cape Fear (1991) and The Age of Innocence (1993). Besides directing and co-writing, Scorsese has also acted. It's interesting to note he played the gunman at the finale of Mean Streets (1973) and the cab passenger planning to kill his wife in Taxi Driver (1976). He also had a role in Dreams (1990).

A New York music executive in the late 1970s hustles to make a career out of the city's diverse music scene.